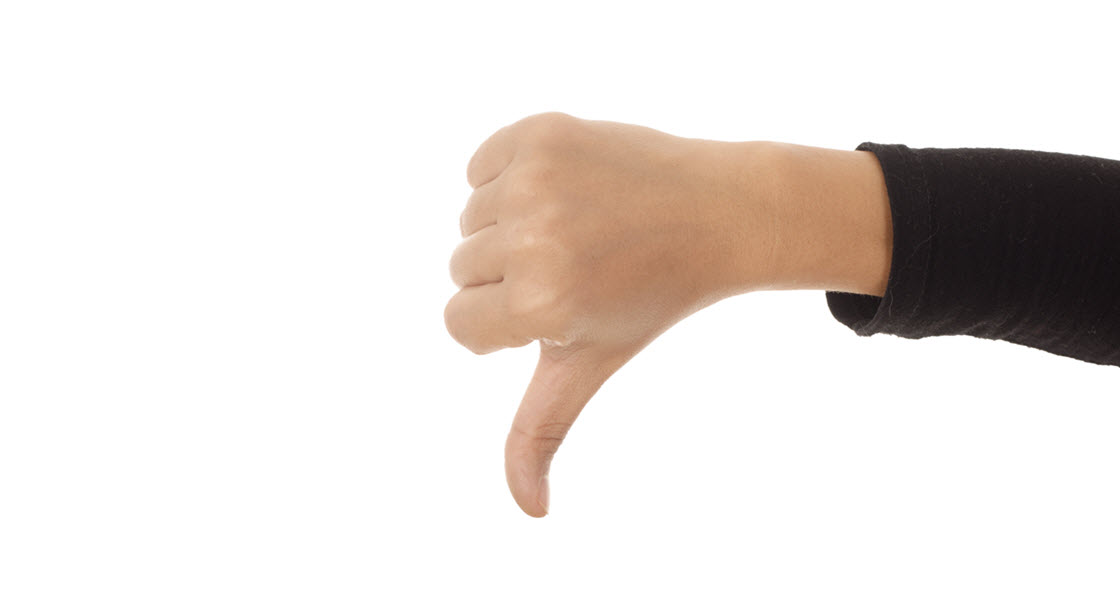 Affiliates beware! Did you know that merchants can leave negative feedback about you in ShareASale and every other merchant can see it? Here’s a story of how I was wrongly accused of trademark bidding violations this week and am unable to get the negative feedback removed despite there being no evidence that I did anything wrong.

Tuesday morning I received an email from Pets Warehouse that said:

“You are in someway linked to cashbackholic.com, you or them are using our trademark in vilation of our terms, you must take down that trademark not bid on that Mark ASAP or we will delete you from our program”

“We are in no way related to Cashbackholic. They simply link to our site without any permission from us. They link to all different kinds of sites without being related to them. They are just an informational site that tells people where they can shop online. We do not control them or their bidding or links in any way.”

I thought that would be the end of it or at least open up a dialog where the merchant and I could get to the bottom of things, especially since I don’t even do any PPC. Instead, I immediately received a notice that I had been removed from the program. Fine…I hadn’t promoted them in years since they had a strong OPM team working with them. So I just removed them from Sunshine Rewards and figured that was the end of it.

Then I received a message from another one of my merchants showing me that this had popped up when he logged into ShareASale:

The negative feedback read “TM bidding thru alias.” The merchant (who is a friend of mine) jokingly asked what I had gotten myself into. Within minutes I received an email from an OPM advising me that the negative feedback had also popped up when he logged into ShareASale. It was clear to me that potentially hundreds of my merchants were now being advised that I was illegally trademark bidding.

This was taking things too far. I emailed Pets Warehouse advising them that I wanted the negative feedback removed because it was not true and was defamatory of me and my company. The negative feedback could damage my reputation with current and prospective merchants. In addition, as an attorney and Executive Director of the Performance Marketing Association, I take things like this VERY seriously and do not in any way want to be associated with it.

What followed was a series of emails that showed that Pets Warehouse does not have an understanding of how affiliate marketing works and has no problem besmirching the reputation of its affiliate partners. I involved ShareASale in the situation and they supposedly told the merchant that I was not involved in any trademark violations. I’m not gonna lie….I got pretty nasty in those emails the more angry I got about the situation.

Pets Warehouse continued to allege that because Cashbackholic linked to my site, I must be in some way colluding with them. In point of fact, Sunshine Rewards was listed LAST of all of the cash back sites listed on the page. Logically speaking, why would I list my own site last if I was behind the website??

While I continued to demand that Pets Warehouse remove the negative feedback, they continued to demand that I somehow stop Cashbackholic from bidding on their name–although I tried repeatedly to explain that it was not my responsibility and I had no duty to interfere in the issue. (I don’t even know if there was any trademark bidding going on because it doesn’t concern me and I didn’t feel the need to investigate.)

Once Pets Warehouse was removed from Sunshine Rewards, Cashbackholic removed us from their Pets Warehouse page. It’s done automatically when they scrape our site for our listings. There was no communication between me and Cashbackholic. And yet Pets Warehouse now used our removal from the site as further evidence that we must have been colluding with them. Again–a true lack of understanding (or even desire to understand) on the part of Pets Warehouse.

When I again pointed out that 1) ShareASale did not believe I did anything wrong, 2) Pets Warehouse had no evidence I had done anything wrong, and 3) this was hurting my business, I received an email that ended with this:

“You my dear are guilty beyond doubt”

I’m not his “dear” and I don’t appreciate being talked to like a 6 year old girl. This email is a perfect demonstration of the attitude of the ownership of Pets Warehouse and their inability to understand our industry. There are MANY sites that merely aggregate information from other sites (such as cash back comparison sites or deal comparison sites). If he would have taken the time to appreciate my expertise and help him understand how these sites operate rather than immediately jumping to conclusions and refusing to listen to hard evidence, he could have learned something about our industry and hopefully not damaged the reputations of other affiliates.

Instead, he has now unfairly defamed Sunshine Rewards and potentially cost us business. As an affiliate, do you want to take the chance of working with Pets Warehouse and being the next one that he does this to?

I’m thankful to the merchants and OPMs who have jumped into ShareASale and left me positive feedback to try to counteract the negative feedback of Pets Warehouse. I so hoped that they would see reason and remove their feedback but since they won’t, I can only share what I have learned this week:

I’m guessing that I am not the only site that got swept up into this and it won’t be the last time a merchant unfairly leaves negative feedback about a good affiliate. The best we can all do is call out the bad players and continue to give all of our support to the good ones.

Is Affiliate Marketing Dead in 2021? My Honest Thoughts

February 19, 20214 min read
CPA networks get a bad rap from many in the affiliate industry, but I have…

It’s Time for Affiliate Marketers to Embrace a New Conference

February 19, 20216 min read
Affiliates beware! Did you know that merchants can leave negative feedback about you in ShareASale…

Affiliates: Be Prepared to Lose Commissions

February 19, 20214 min read
Just when it seemed like things were getting quiet with the FTC regarding disclosure and…

Check Out OptinMonster and Enter to Win It for a Year

February 19, 20215 min read
The FTC came out with two documents this week that are significant for affiliate marketers,…

February 19, 20215 min read
One of my favorite benefits of working with Todd and Eric on Wine Club Group…

How Affiliate Marketing Has Gotten Me Through the Pandemic

The Value of the FrieNDA

February 19, 20212 min read
If you’ve been in business for any amount of time, you likely know that an…